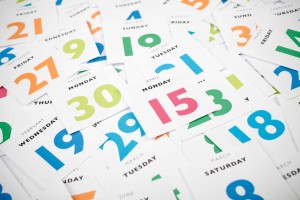 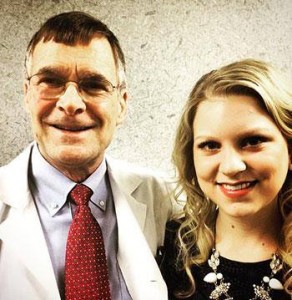 For as long as she can remember, Kelsey Stuttgen knew she wanted to have some kind of career in science. A severe leg injury in seventh grade and the resulting care she received helped confirm it.

“I was scared I wouldn’t be able to return to running, which I enjoy immensely,” says Stuttgen of the broken leg she suffered while downhill skiing. “Luckily, Edgar Hicks, M.D., Orthopedics, Mayo Clinic Health System in Eau Claire, Wisconsin, performed the surgery and did a fantastic job. I have no limitations, pain or problems as a result of the accident today.”

Stuttgen got started down that path during college, when she participated in a research study under Dr. Hicks that looked into the occurrence of a specific type of infection in rotator cuff surgeries. “Proprionibacterium acnes is the same bacteria that causes acne on your face, but, interestingly, also causes infections in rotator cuff repairs,” says Stuttgen.While Stuttgen says the care and compassion Dr. Hicks and the rest of her care team showed her throughout the course of her recovery played a significant role in that recovery, she says it's also played a significant role in helping her narrow down her future. "Dr. Hicks has always been one of my role models, and that experience was truly eye-opening for me in the sense that I realized the importance and the potential impact science and medicine can have on a person’s life," she says. "Ultimately, that's why I've chosen a career in science. Not only am I passionate about it, but I see it as a way to hopefully make a difference in the world."

Now out of college and working her way toward a doctorate in human genetics at Johns Hopkins School of Medicine in Baltimore, Stuttgen's research interests include stem cells and aging biology. “It is an incredibly exciting time for this field, and there are a lot of possibilities, including tissue and organ regeneration and generation,” she says. “I see it as a way for me to really make a difference in people’s lives.”

In the same way, she says, that Dr. Hicks and others at Mayo Clinic Health System in Eau Claire have made a difference in hers.